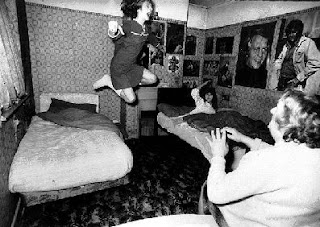 Was wondering what people here thought of the channel 4 documentary Interview with a Poltergeist?

For those not familiar with the story, it is an account of a young girl who was surrounded by strange paranormal occurences in her home in Enfield (UK) in the 1970's. Incredible eye witness accounts and things happening which would have been difficult for anyone to fake (even for an adult let alone a young child). Things flying around the house, strange noises, even accounts of the girl flying and speaking in another voice while keeping her mouth shut. Some, of course, will doubt the story, or anything supernatural for that matter, but even the sceptics on the channel 4 show seemed to struggle to provide explanations.

The one thing I do doubt though is this: That the "poltergeist" was actually a 'ghost'. The Bible calls these things demons. They masquarade as ghosts to serve the wider purpose of making people think that the afterlife means coming back as a ghost when, in fact, the Bible states that we are all appointed to die once then face God's judgement.
Posted by Vince at 09:56 48 comments:

Is Demonic Possession a Reality Today? 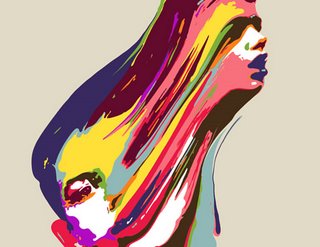 Here is something which will hopefully get the ball rolling in this blog:
Is demonic possession a reality still today? Or is it merely an idea of a less civilized, mistaken, or even gullible society?

What about those in psychiatric institutions who no one can seem to help? Is it because some (not all) of these people may be demonized but no one is willing to consider this as a possibility and so they remain in bondage (and drugged up on medication).

What about those who practice occultism such as magick, spell casting, and calling upon spirit guides, etc? Are they opening themselves up to the risk of demonic possession?

And what about the Church? How many Christians today believe in this phenomena and how many would be willing to deal with it if they came across it today?
Posted by Vince at 05:18 50 comments: 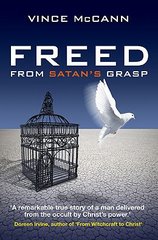 Vince
Vince runs the Spotlight Ministries website (www.spotlightministries.org.uk) and is author of the book Freed from Satan's Grasp (published by Kingsway Publications). This book is a dramatic true life story of God's amazing deliverance from extreme demon possession and freedom from occult practices.